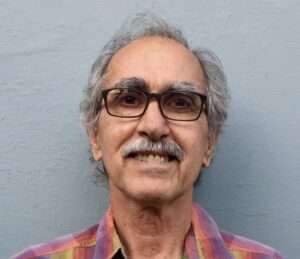 Douglas Pillsbury grew up in the village of Busti in Western New York State and attended the United Methodist Church there.  During the Vietnam War he did alternative service to the draft through the United Methodist Church in a dynamic socially conscious campus ministry at Virginia Tech.  After traveling around Europe for a year and studying Spanish in Spain for six months, he returned to the States and got a master’s degree in teaching English as a Second Language.  After teaching for ten years in New Jersey, he migrated to Los Osos in 1986, where he immediately joined the Unitarian Universalist Fellowship in San Luis Obispo.

He was hired full time to develop an ESL program at Cuesta in 1990 and taught and grew the program there for 24 years.  After retiring, he became more active in the UU congregation, particularly in social justice work.  Being a delegate to the UUA General Assembly for several years has been a valuable learning experience.  He has also served as a member of the Leadership Development Committee.  Douglas has just begun serving on the Board.

Douglas lives with his wife, Mary, his stepson, Aaron, and his granddaughter, Kaylee, not to mention the beautiful black cat, Greta, and affectionate cocker spaniel, Millie.  He practices the piano daily and loves creating his garden of flowers and edibles.