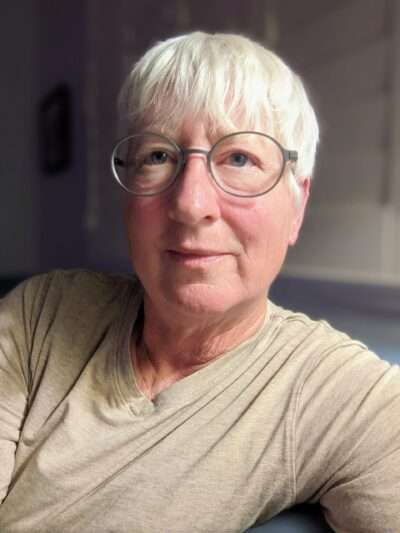 Jo was born in Cleveland, Ohio, and has been a resident of California since she was 9 years old. After growing up in Santa Barbara, and studying horse management at Merced College, she has lived in SLO County since 1986. She met her wife, Donna Verbeckmoes, in 1996 and they have been together ever since – marrying when it became legal in 2008. Together, they have 3 teens: Paige, Peyton, and Elliott.

Jo has been a UU since the late 90’s and she and Donna started attending regularly with their children when they were very young. Jo retired after 30 years as a staff member at Cal Poly, where she was a Personnel Specialist for the College of Engineering. Jo resides with her family, and her mom, Gayle Leaf, in Arroyo Grande. In her spare time, she trail rides with her horse, Bowie. She is very happy to serve in the role of Facilities Administrator and welcomes any questions you may have.